The Lore of The Hackers Guild Part 7: Introducing the Guild’s Financial Adviser Masatoshi Takahasi aka Muxx

Welcome back! I hope you had a great couple of weeks. I wanted to apologize for the radio silence recently. I started a new job almost a month ago and it has been a busy time adjusting to the new routine. I hope to have gotten into a better routine that will allow me to continue to blog on a weekly basis

For this week’s blog post we continue our Lore of The Hackers Guild blog series with the introduction of the final hacker persona, the guild’s financial adviser Masatoshi Takahasi aka Muxx. 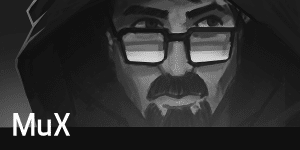 Born Saturday, January 19, 2086 in Tokyo, Japan. After growing up as the son of a cabinet minister, it was assumed by many that he would follow in his father’s footsteps and enter into politics. However, after being exposed to much of the corruption in government, Muxx decided instead to get his MBA and start a financial consulting firm. After a successful 12 year career, he surprised many in the industry by selling his firm to Yamamoto Industries, agreeing to stay on in an advisory capacity.

After rumours of a possible merger between Yamamoto Industries and Monolith Global surfaced in early 2119, Muxx was contacted by the Hackers Guild and quickly agreed to help them monitor the situation and keep tabs on Monolith Global’s financial position.

Well, that is everything for this week. Stay tuned next week for a corporate history for Monolith Global Inc. Until next time, happy designing.